Over the past few years, I've struggled to find great fairy tale collections for Miss H and I to read together. Some are just too hard, muddled in difficult language and events that were actually designed to be related to adults and not children. Some are too soft, filled with flowery language and overly-watered plots. That "just right" book, though, has been illusive. For year 1, we used Fairy Tales Every Child Should Know by Hamilton Wright Mabie for literature. To be honest, this was probably not "just right," but with a few adaptations, it made for an enjoyable literature course. Miss H repeatedly chose literature as her favorite lesson of the day.

When we first started our school year in August, H couldn't believe that we'd get to read fairy tales. She thought it sounded like too much fun to be a part of those formal lessons that she had dreamed about for years. She asked, "How am I going to learn anything from fairy tales?"  Without realizing it, she brought up a debate that has been ongoing for years, since before Charlotte Mason's time, even!

For generations, people have argued about whether or not fairy tales are worth reading to young children. Are they too magical? Are they too violent? I guess the answer to that question depends on who is answering. Personally, I feel that fairy tales allow my children to determine good from evil, and to have a strong inclination towards what's right. I also think that reading these tales will help them build a background of knowledge in their minds that will forever be activated through allusions in culture and literature. If you also see the value in reading fairy tales, keep reading to see how Fairy Tales Every Child Should Know* worked out for us.

*Note-I didn't link to the exact version that we have, as I was unable to find it! I've also used affiliate links to share some books with you. You can learn more about them in my policies.

Fairy Tales Every Child Should Know

While this list is subjective, according to Hamilton Wright Mabie, these are the fairy tales every child should know. Each tale was adapted by him.  I had never heard of some of these, so I enjoyed reading them with Miss H!

Related: Narratives in the Early Years

Even with narration, talking about fairy tales is important. As we read this book, I asked Miss H questions like, "What do you think about that?" or "Why do you think she did that?" These kind of questions are not the quizzical ones that Charlotte Mason recommended that we avoid, they are encouraging our children to think. This allows them to soak in the ideas that lie within.

The fairy tale in this book that ignited the most conversation was The Light Princess. This is a story written by George MacDonald, whom C.S Lewis referred to as his "master." I was thrilled that this story was included in     Fairy Tales Every Child Should Know, because I had been wanting to read some of George MacDonald's stories with H, due to his allegorical writing. In this story, a princess is cursed by her aunt, a witch, and loses the force of gravity. Oh, the things we take for granted!

Through this concept, we talked about the idea of being "down to earth." What does it mean to be relatable to people? Why could people not relate to the princess? These kinds of questions were not evaluated on a scale of right and wrong, but we had meaningful conversations about them.

Related: How to Choose Living Books

As you can probably imagine, one of Miss H's favorites was The Light Princess, but there was one that stood out, over and over again, thanks to a thread that was woven together by the Holy Spirit. The Magic Mirror, the second story in the book, is a version of Snow White. H listened intently, and had fun noticing the differences between this retelling and the version she has heard before.

Just a few days after reading this story, we just happened to open Shakespeare's Storybook and read Snowdrop, the folktale that inspired As You Like It, and derives from Snow White. Miss H couldn't believe my good planning that matched these two tales up in the same week. She didn't know that I had no clue that these were the same stories 🙂 When we began to read As You Like It (which we are still reading...ahem!) she was so excited that she knew a little about it.

Fairy Tales to Skip or Edit

I see the value in not sheltering my child from every unpleasant detail in a story, but there are a few stories in this book that I edited and skipped. In Home Education, Charlotte Mason recommended "judicious skipping" when reading mature books to children.

Aladdin was very long. I had only heard the Disney version before, so I wasn't prepared for this excruciatingly detailed story. There were several murders in the story that I edited out for their graphic nature, but other than that, I just thought the sheer length of this story was unnecessary.

There were murders in this story that were very graphic. I shield myself from graphic television, so I definitely wanted to shield my child from parts of this story.

This tale is mostly like the ones you and I remember, except for some wording that makes me cringe. At the end, the wolf asks Little Red Riding Hood to take off her clothes and get into bed with him. I edited this part because we have many conversations about staying safe and saying no, and I didn't think this would be conducive to that.

If you're in need of fairy tales to read aloud to your child, this is a good place to start. Some of the tales are entirely sweet, but prereading is always a good idea! You can get Fairy Tales Ever Child Should Know in the public domain. 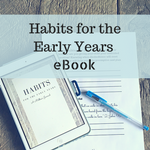